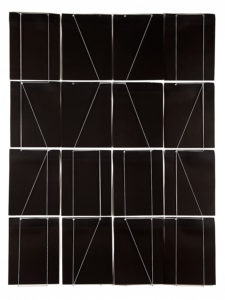 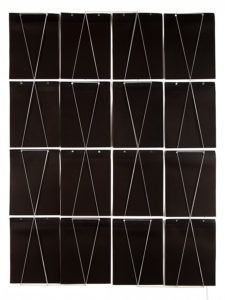 Work Statement
My most recent artwork uses archival architectural records of Berlin buildings where Jews and persecuted artists and intellectuals lived and worked in the 1930s. I began this series with my father’s (since demolished) childhood home on Altonaer Strasse where he lived until 1938, when he and his immediate family escaped to London. My work is primarily made in gouache and ink. I use old, found, and sometimes damaged paper that suggest both the presence and the loss of three-dimensional structures, and echo the pages of the archival files and bound books that provide me with my source material. My first research trip to Berlin was in 2006 and I return at least once a year to make use of the Bauamt archives.
I continue to develop this project and have included the former homes and workplaces of Herbert Bayer; Anni Albers; Johannes Itten; Lyonel Feininger; Kurt Weill; Lucian Freud; Otto Dix; Walter Benjamin; and Ruth Vollmer. Through architecture, the work is concerned with identity, place—and a culture’s loss both of individual citizens and of a creative tradition.

Biography
Emily Hass lives and works in New York City.  She has been awarded grants from the New York Foundation for the Arts, the McCloy Fellowship in Art, and residencies at the Josef and Anni Albers Foundation and the MacDowell Colony where she was named the 2013-14 Robert and Stephanie Olmsted Fellow.
Selections from her series Altonaer Strasse were included in the 2011 Heimatkunde exhibition at the Jewish Museum Berlin and are now part of the museum’s permanent collection.  Her work has been reviewed in the Frankfurter Allgemeine Zeitung, seen in the New York Times and the Berlin Journal, and featured in Der Tagesspiegel, Design Observer and on NPR’s Berlin Stories.
She has graduate degrees in psychology and design from Harvard University. 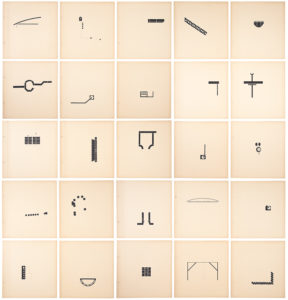 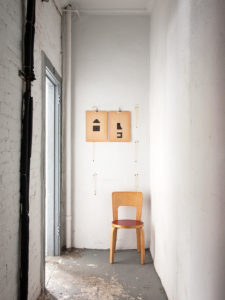 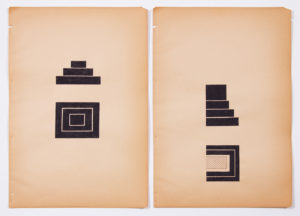 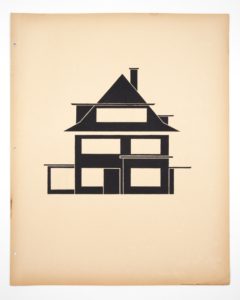 7. Mahlerstrasse, 8B exterior 2, 2011
gouache on paper, 19″x23″
made using the archival architectural floor plans of the former Berlin residence of Lion Feuchtwanger and Marta Löffler 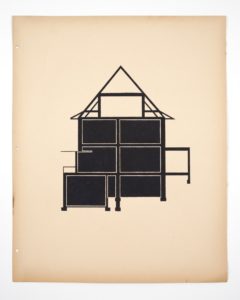 8. Mahlerstrasse, 8B section 1, 2011
gouache on paper, 19″x23″
made using the archival architectural floor plans of the former Berlin residence of Lion Feuchtwanger and Marta Löffler